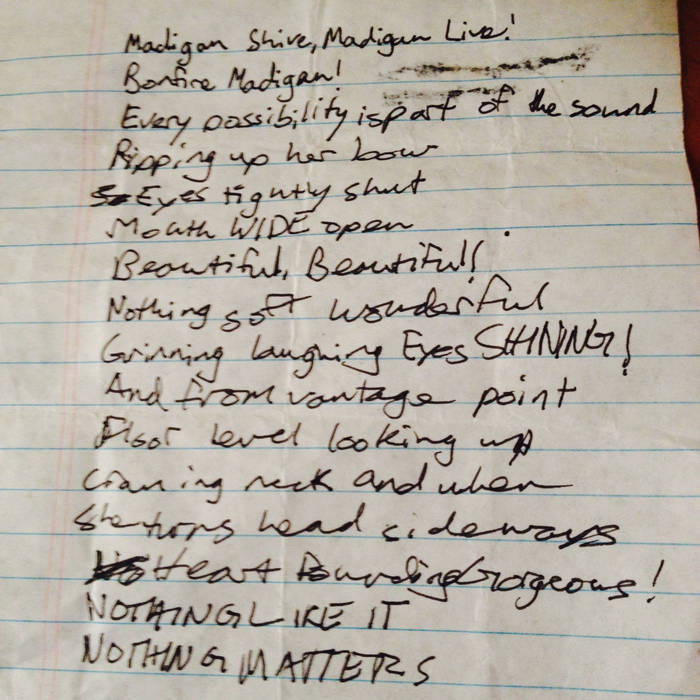 Hal invited both Chan Marshall (Cat Power) and i to perform at this epic tribute concert event that the Brooklyn Police Dept estimated 15,000 people attended. Hal knew my song Dishes & Spoons that i played at my mom's funeral. He knew some of that personal history with my mom's opioid od when i was 18. just days before my 19th birthday. he called me Running Pony too. like she always did. Hal liked to call me by my Indian name. i think that he knew it made me feel loved. that i may more easily trust. he was a natural born nurturer like that.
he wanted to make an album with me. this made me feel that i had arrived a little, in NYC, was i now a "real artist." to be invited into the Hal Willner family was no small validating embrace. he told me we would certainly make our record. that when a project called him he always found a way to make it happen. like the Lenny Bruce & Ginsburg CD's he said.
I told him how Cat Power and i both knew Elliott Smith. he had died about 9 months before this live concert. i told Hal how i wished Elliott could be apart of the concert with us. how we'd all performed on bills in all ages clubs together in the 90's. he asked me what my fav Neil Young songs were. this one leaped out immediately.

i am still mourning.
Hal died last year April 2020. complications from covid.
this week a year earlier, the same week as his birthday.

i want to make the album he envisioned us creating. i've already started asking some of the players he dreamed us collaborating with. i hope Chan will join me on a tune again.
Please consider donating more for this song toward helping steer the BMad / Willner album's arrival as well as more releases like this.

let's stay alive with our eyes on collective liberation.
let's lessen the pain by demanding systems change.
by ending the tyranny of white supremacy patriarchy,
that these pain killers only ever temporarily dull & mask.
let's get to the roots; that's radical.
let's keep midwifing our dreams from one another.

come tell me about your dreams coming true, i need you to - bmad
cuz every junkies like a setting sun. - neil young
the war on drugs has always been the war on the poor.
#decolonizetosurvive
"they try to bury us
but they don't know
that we are seeds"
- indigenous resistance

*the track artwork is a poem that a man named John wrote & gave me at a BMad concert in SF & i carried it in my cello case for years. he showed up at my concerts all over the SF Bay Area high on poetry, music & life, on and off for 2 decades until i found out thru a memorial page that he had left this world from an over dose.
pls more harm reduction now. mad love & gratitude
@B.MoremadLove
#ontheconspire = keep breathing together
#toaspire

You Are A Bonfire!